We just finished up a batch of prototypes for something we really think is cool- PENS! Because everyone we talked to had a different type of pen that they really liked, we designed a pen that can take several different types of ink from different manufacturers. The pen originally was just going to take the refill for a Pilot Hi-Tec C, but we eventually made it work for Parker pen refills and for a Fisher Space Pen refill. 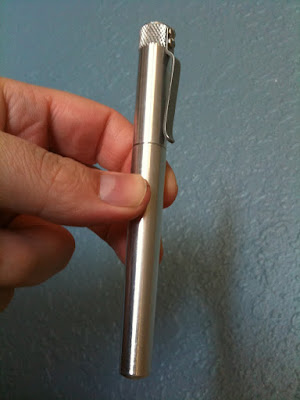 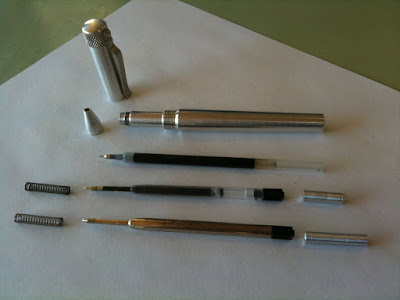 After we got rolling, we figured we would make a plain version, an aluminum version, and a brass version. After using the pens for a while, we decided that the pens needed a clip, so... 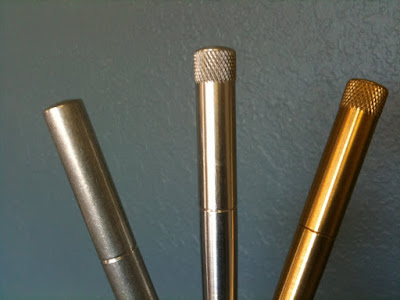 We bent up some clips by hand, and installed them with some hardware. We think they turned out great. The problem is, we are a machine shop and while we can make the parts for the body of the pen, we can't stamp the clips ourselves. We are working on getting the funding to get the stamping dies made up so we can roll into full production. 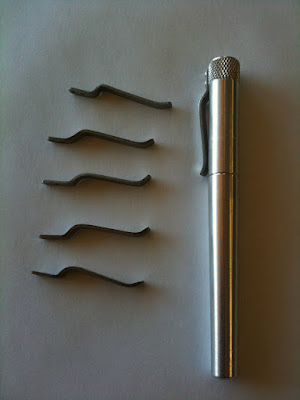 Here at the shop, Dan was kind enough to demo his pen for all the world to see. What dinosaurs and unusually flat cars have to do with anything, we'll never know. But, one thing we do know, these pens are awesome and we hope to have them available for you as soon as possible. 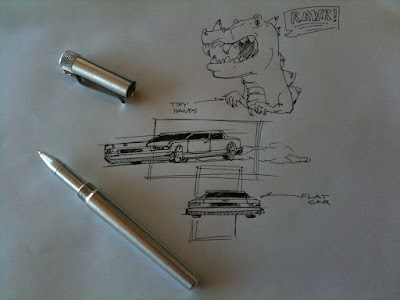 Watch this short film about the dying craft of pinstriping. Andy Kawahara is keeping this skill alive for another generation to enjoy.