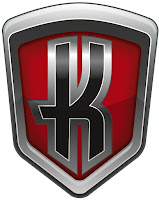 The Fountain K and Kickstarter
August 13, 2015
One of the greatest tools that a manufacturer has is their ability to innovate within their own product line. The innovation process is one that occurs naturally for any manufacturer that wishes to remain relevant in today’s ever changing marketplace. Incremental changes and improvements are inevitable. Smaller production runs are used to “dial in” manufacturing, establish proof of concept, as well as a way to test market feasibility of newly created products. We take pride in our ability to innovate in the realm of pen manufacturing. There are other metal machined pens, many of them are of high quality and standards, but we were at forefront of innovating the design and construction of machined metal pens and bringing them back to the marketplace. This was all made possible for us through crowdfunding and Kickstarter. It was this same spirit of innovation that led us to decide and try to move forward without using Kickstarter.

We have been very happy with our partnership with Kickstarter. The partnership has allowed us to grow our business into what it is today. We have several extremely successful pen designs that would not have been possible if it weren’t for the Kickstarter platform. That being said, we also know that those pens wouldn’t exist if it weren’t for our many backers, and while Kickstarter allows us to maintain a connection within its infrastructure, it’s not the same level of connection that a company like ours seeks to have with its customers. We understand that the waiting process after pledging to a campaign is not an ideal process for the customer. You have pledged towards a project and the rewards can sometimes take months to get into your hands. We don’t like that process either as it causes us a lot of stress as we work to deliver all rewards on the expected timetable. All of these thoughts went through our minds as we looked at the Fountain K project and got closer and closer to a final decision.

As a company, we sat down to have one last look at the entire Fountain K project before calling it complete and ready to go. We went over all the data we had gleaned from cost analyses, feedback emails, nib sourcing emails, and the mountain of customer requests for another machined fountain pen. As we went through the meeting several things began to dawn on us that would ultimately influence our decision to move forward with the Fountain K project on our own.

Primarily, we were left with a small production run of Fountain K pens after prepping for a Kickstarter launch. After sending out units for review and internal testing, we were left with enough pens to allow us to raise enough funds (through direct sales) to equal a modest goal on Kickstarter. We were staring at pens that were completely done, that we had photos and video of, and that people were asking for. Our ultimate goal was to see if consumers were interested in the product, and to gain capital to move forward with production if the product was viable. We could do this with the number of pens we had on hand. So that’s what we are going to do.

The Fountain K examples we have are ready to go. They are what our Kickstarter backers would have received and are very nice pens. We are looking to change nib suppliers for all of our future pens, so at some point, some small changes to the Fountain K will occur. This means these pens are unique and are very limited in number. The sales of these pens will allow us to produce more in the future, but these will never be made again. By selling this very small batch, we are in a sense “kickstarting” the project ourselves. This will mean the next batch will be funded by this seed money and we will have enough to move into full production moving forward. It is a slower way to do things, but it allows us more autonomy and the ability to create new products in a manner we are more comfortable with.

We put a lot of time and effort into all of our pens. But we put an even greater amount of thought into how we proceed on any particular project. We have established our reputation by creating high-quality machined writing instruments and on our top notch customer service. By adding innovation, adaptability and exceptional product design to the list of things that are associated with Karas Kustoms, we can only improve our outstanding reputation. There is only so much we can do on our own to make a pen be successful, as we rely on our customers to ultimately tell us how successful a product really is. So we can build it with all of the innovation, quality and care as we know how, but the decision on whether the pen is truly as successful lies in their hands.

Posted by KarasKustoms at 3:00 PM