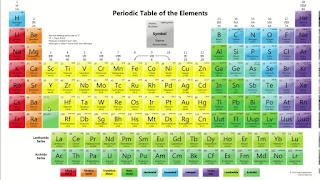 If you're still in need of some ideas to keep yourself busy, here's a few for today.

We'll start with a few educational ideas, how about memorizing the periodic table of elements? I knew it back in chemistry class in high school but have long forgotten it. Here's a cool video to help you out. You can also use this hilarious (somewhat outdated) video of the Animaniacs helping you learn the countries of the world. This was one of my favorites growing up, and it still lifts my spirits when I see it.

If you're like me, you've got a closet, spare room, attic, or garage that has some random boxes of stuff in it that you've never fully unpacked. Maybe in those boxes is an old video game console. I recently found my old Super Nintendo in one such box, it's been in my garage for over a decade, in the heat of the Arizona summer. I was amazed that it fired right up and in no time I was playing through old favorites like Super Mario World and Final Fantasy III. Maybe you've got an Atari 2600 up in the attic or even better a Neo Geo. Whatever it is, pairing down the boxes just sitting somewhere might be something you can do to clear up space or find some old mementos. It's spring, so spring cleaning couldn't hurt.

Finally if you've got some extra people in your house that you're cooped up with, hold a paper airplane contest. Here's a great website to get started on building and scoring ideas. For some video tutorials on building awesome planes check out YouTube. Record the contest and post it to your social media, tag us if you post it to Facebook or Instagram, we'd love to see what you come up with! And don't forget to have some fun while you're at it!

Struggling to find things to do while you're stuck at home?

We've got you covered. Here's a quick list of a few things that might spark an interest and keep your brain fresh.

Want to learn a new skill and at the same time stock up on supplies that you might be low on? If you've been hand washing at the rate the CDC is telling us to then you might be in need of some soap. Never fear, you can make some AWESOME soap from the comfort of your kitchen. It's going to require some supplies, but a lot of places are still shipping. If you grab them now, then you could be cranking out some homemade soap by next week. Here are a couple of webpages that walk through the different soap making processes and another that lists a fairly easy recipe.

Need a visual pick-me-up? Something cute and cuddly. If you're like me, you have an affinity to fluffy puppies. And while many shelters have stopped allowing adoptions, you can still look at cute puppies from the safety of your home. Then when this all passes maybe you'll have gotten to a point where you are able to adopt a puppy or a rescue dog! One more dog finding it's forever home would be a silver lining and hopefully provide some much needed companionship in a world that can be lonely at times.

Lastly if you're in need of some streaming entertainment, then I'll list three of my (Paul) favorite shows (one from Amazon Prime, one from Netflix, and one from Hulu). They're not necessarily new shows, some have been out for a while, but these are some of my go-to binge-worthy with high re-watchability shows. Kim's Convenience (Netflix) is a superb Canadian sitcom. It's filled with laughs and the usual family drama this time viewed through the lens of a Korean-Canadian family. The Man in the High Castle (Amazon) is quite possibly the best alternate history television show ever made. Drawn from Phillip K. Dick's (Bladerunner) source material, it features an amazing cast, great writing, and a plot full of twists and turns and multi-dimensional travel. Justified (Hulu) is a modern day gunslinger tale following a U.S. Deputy Marshal in the backwoods of Kentucky. Another stellar cast with some of the best performances of those actors careers, the story pulls from Elmore Leonard's source material and is jam packed with action, drama, and suspense. 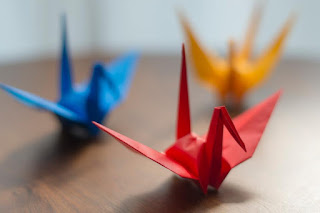 Break Out the Paper...

It's time to learn some origami. I have a confession to make, the only origami I know is the throwing stars I used to make in junior high school. And I'd be hard pressed to remember all the folds without watching a video. But you can easily learn some origami folds with the help of Origami.me. The websites a wealth of information on basic folds, video tutorials, and other instructions. If you want to jump into folding cranes, dinosaurs, or a tiny box, these videos should help you out.

If you're like me, you're terrible about keeping your email inbox clean. I won't tell the exact count of emails in my inboxes (yes plural, and yes I have more than five). But all total they probably have more than 20,000 emails. Plus there's a lot of duplicates between email addresses. I plan to do a deep clean of my email inboxes during this "down" time. But it has to be strategic, by unsubscribing from lists I no longer read, deleting old or redundant email addresses altogether, and tagging the emails I do keep for quicker access. You too can clean up the clutter in your digital life, hopefully it won't take as long as it's going to take me.

Are you a person that reads the Wikipedia or IMDB entries of movies or TV shows while you're watching them? Don't care about spoilers? Do you in fact LOVE spoiling movies for unsuspecting people as you walk out of a theater? If that's you, then I've got the place for you. It's a "spoilers" version of IMDB, Spoiled It, is the place for all your spoiler needs. And they're always looking for new "spoil-ers". Sign up and start spoiling all of those movies your watching while you stay at home.

Here are today's three digital binge-worthy shows that I've enjoyed, some multiple times. One from each major streaming service (Amazon, Hulu, and Netflix). Hopefully these help you pass some time and keep your sanity.

I don't watch many animated Television shows, but one of my favorites is Bob's Burgers (Hulu). A stellar voice cast, hilarious writing, and just an all-around great sitcom style animated show makes me laugh so hard I can't watch too much of it in one sitting. The Americans (Amazon) is a cold-war era spy show that centers around two Russian agents that have embedded themselves into American life. The show was so good that when I watched the last episode I was actually sad it ended, amazing cast and writing that is incredibly binge-worthy. I'ma sucker for period pieces, whether they're based on true events or pure fiction, one of my favorites is Netflix's Peaky Blinders. Set in the England between World War I and World War II, it follows a group of gangsters (the Peaky Blinders) in their rise to power and they're push for legitimacy. The cast is great, but Cillian Murphy puts in one of the best acting performances in this role I've ever seen.
Posted by KarasKustoms at 12:51 PM